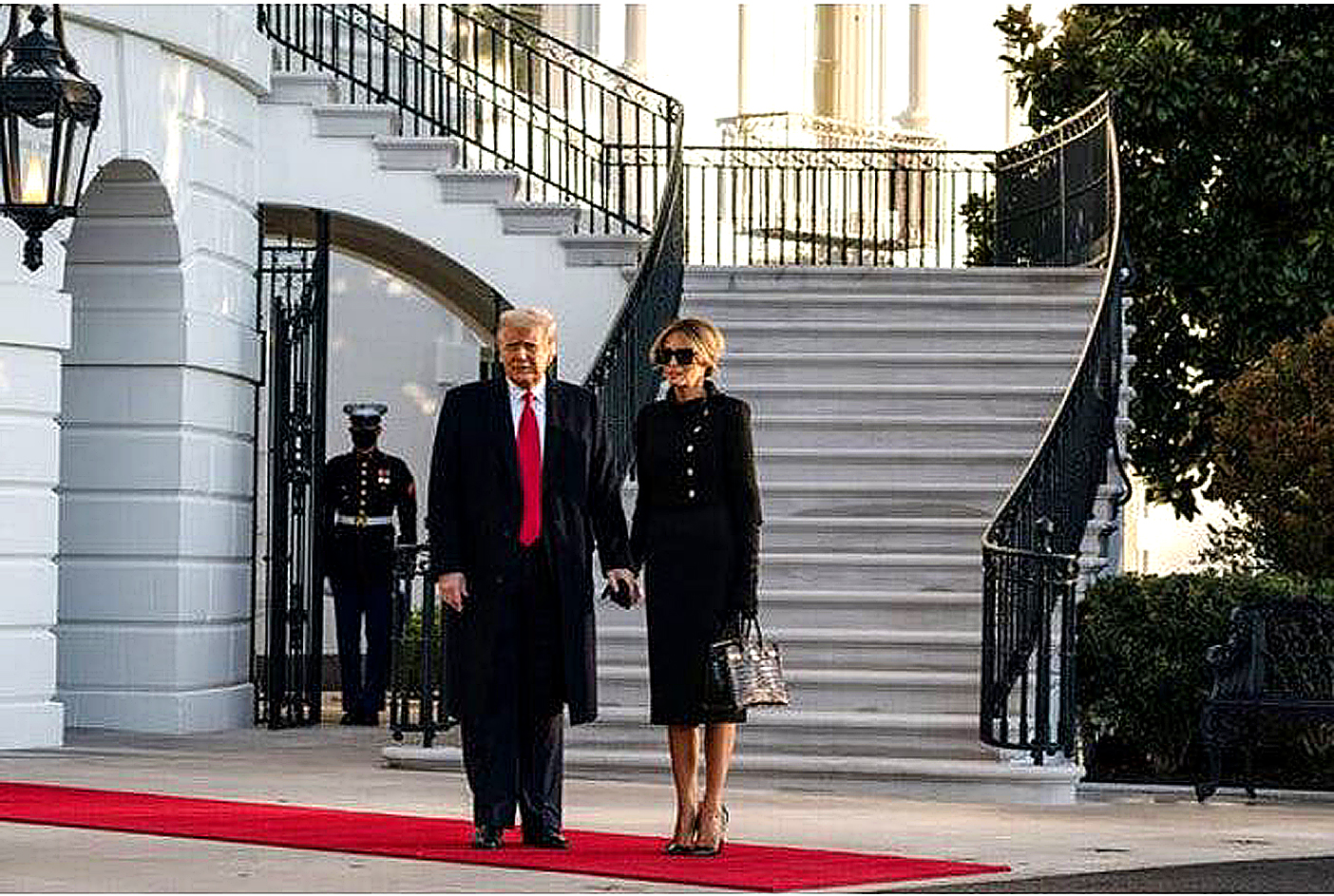 President Donald Trump leaves the White House for the last time, and is said to leave a note for Biden.

President Trump departed the White House on Wednesday morning for the last time as the commander in chief after four tumultuous years that shook the nation, choosing to leave town rather than face the reality that he lost re-election to President-elect Joseph R. Biden Jr.

“Have a good life, we will see you soon,” Mr. Trump said at the end of off-the-cuff remarks delivered to supporters at Joint Base Andrews, discarding a prepared statement and ignoring advisers who thought he should have thanked Mr. Biden by name. “We were not a regular administration,” Mr. Trump said, delivering a truncated version of his self-aggrandizing campaign rally speech, and imploring those gathered — most without masks — to “remember” all of his accomplishments.

“We will be back in some form,” he added, before walking away from his last appearance as the nation’s commander in chief to the strains of “Y.M.C.A.” by the Village People. His vice president, Mike Pence, did not attend his farewell event. Despite flouting most of the conventions associated with the peaceful transfer of power, Mr. Trump did abide by one presidential norm — leaving the traditional note to Mr. Biden in the Oval Office, according to a White House official.

It was not clear what the letter said. Mr. Trump left the White House on a red carpet, hand in hand with Melania Trump, who wore a dark suit and sunglasses, and spoke briefly with reporters before boarding his helicopter, where he stood in the doorway one last instant, waving goodbye with his right hand.

President Donald Trump leaves the White House.. Mr. Trump spoke to supporters at Joint Base Andrews in Maryland before boarding Air Force One for the last time as president. Image Credit: Pete Marovich , 2021.

The Marine One helicopter took off from the South Lawn of the White House at about 8:18 a.m. for the short flight to Joint Base Andrews in suburban Maryland, where the president held the farewell event, including a 21-gun salute, with administration veterans and other supporters. After that, he and Mrs. Trump boarded Air Force One for the journey to Florida, where they will reside.

Mr. Trump surrendered the building after a late night of signing last-minute pardons and other clemency orders for 143 people, including Stephen K. Bannon, his former chief strategist; Elliott Broidy, one of his top fund-raisers in 2016; and a series of politicians convicted of corruption. The White House did not announce the pardons until after midnight and then followed up at 1:07 a.m. with an order revoking the ethics rules Mr. Trump had imposed on his own former aides.

Information and Images are shered from an Article by The New York Times, published on January 20th, 2021. Images Credit: Anna Moneymaker  / Pete Marovich , 2021