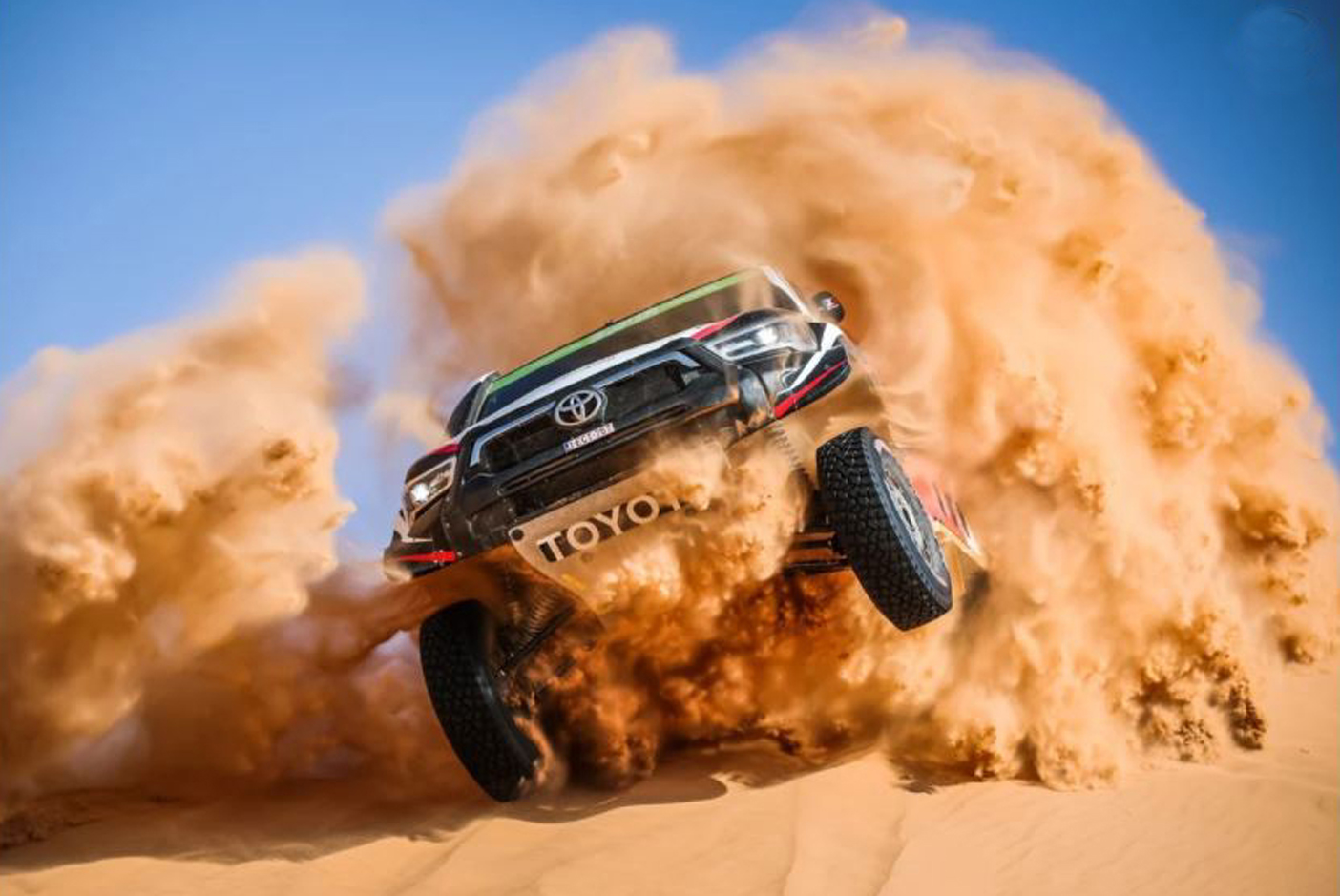 Al-Attiyah, Peterhansel and their teammates Henk Lategan and Carlos Sainz made Stage 4 the most openly-contested battle of Dakar so far, with the quartet separated by just a minute at one point during the 337 km test between Wadi Ad-Dawasir and Riyadh. Sainz, still reeling from his 31-minute loss in Tuesday’s special, led early on for X-Raid Mini, before Al-Attiyah grabbed the lead at the second waypoint. Lategan was the next driver to take the top spot but couldn’t pull away from his rivals, allowing Al-Attiyah to regain the advantage at the sixth waypoint.

The three-time champion eventually won the stage by just 11 seconds from Peterhansel, who leapfrogged Lategan for second in the final 39km of the day’s running. Sainz had been sitting just 31s adrift of Al-Attiyah at the penultimate checkpoint in second place, but a poor run to the flag left him down in fifth place, 2m26s down on the stage winner. Sebastien Loeb enjoyed his strongest showing of the Dakar 2021 so far, putting his Prodrive-built Bahrain Raid Xtreme BR1 buggy fourth in the day’s order and just a minute behind third-placed Lategan. Jakub Przygonski finished three minutes behind Sainz in the lead Overdrive-run Toyota Hilux in sixth, beating the Abu Dhabi Racing Peugeot of ex-World Rally Championship driver Khalid Al Qassimi.

Vladimir Vasilyev and Orlando Terranova were classified eighth and ninth respectively in X-raid’s 4×4 Mini Coopers, while Erik van Loon made it two entries from Overdrive in the top 10. The Century marque had a low-key Stage 4 after starring in the early parts of the rally-raid, with its top finisher Brian Baragwanath ending up 11m31s off the pace in 11th and Mathieu Serradori – who was ranked third overall after Tuesday’s running – losing over 25 minutes to the leaders.

Following Wednesday’s running, Peterhansel continues to sit at the top of the overall standings despite not scoring a stage victory so far, leading Al-Attiyah by just under five minutes. Sainz now sits 36m19s behind his 13-time Dakar-winning teammate in third, while Loeb has recovered from a disastrous opening stage to move up to fourth, albeit 48m off the top spot. Lategan has moved up to fifth in the second of the factory Toyotas, ahead of Przygonski, Serradori and Al Qassimi. Benzina Ford’s Martin Prokop and BRX driver Nani Roma complete the top 10.

It was confirmed today that Bernhard Ten Brinke, who has switched back to the Overdrive team following his stint with the factory Toyota team, is out of Dakar 2021 after his Hilux pick-up suffered heavy damage with a rollover in Tuesday’s special.