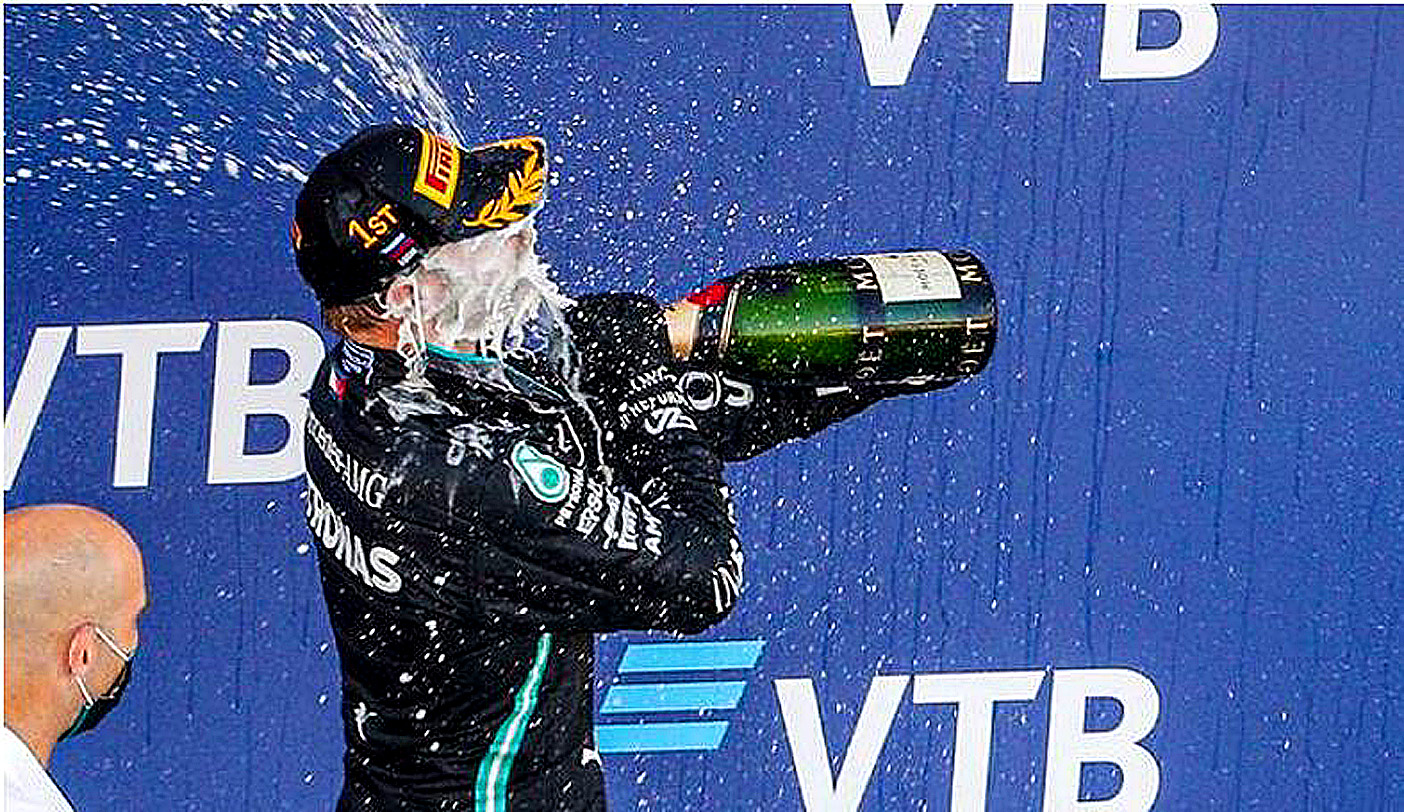 With all the talk of Lewis Hamilton trying to match Michael Schumacher’s record of 91 victories in Formula 1, it was almost tempting fate that the championship leader would falter. And he did so – in partnership with his team – even before he had reached the grid. Hamilton was already on the back foot heading into this one, starting from pole but on the soft compound tyre that both Valtteri Bottas and Max Verstappen were so pleased to avoid. The one upside was meant to be off the line, where Hamilton would have softer rubber and ideally a better launch.

So it was somewhat ironic that Hamilton’s practice starts cost him dearly. The Briton thought the usual area for practising his getaways was too dirty, and asked if he could go further out of the pit lane before stopping. His team told him he could, as long as he let other drivers pass safely, but that information was incorrect. After two launches at the pit exit, Hamilton was hit with a five-second time penalty for each infringement, getting confirmation during a first stint where he had held onto the lead from his team-mate as Verstappen dropped to third.

Verstappen was actually fourth after running wide at Turn Two at the start but regained third with an excellent move down the inside of Daniel Ricciardo at Turn 5, one that he completed just before the Safety Car was deployed. That was required because Carlos Sainz had not negotiated the Turn 2 run-off area as safely as Verstappen, carrying too much speed through the bollards that are in place and smacking the concrete wall at high speed.

Two corners later and Lance Stroll was also in the wall, helped by contact with Charles Leclerc as they raced out of Turn 4. Two stricken cars saw a Safety Car period for five laps, while Alex Albon – starting 15th after a gearbox penalty – George Russell and Lando Norris all pit from the back of the field for hard tyres.

That trio would provide some entertaining racing on the restart while the top three played a waiting game. Hamilton had to nurse his soft tyres as long as possible but both Bottas and Verstappen knew the time penalties took the championship leader out of contention, so once Hamilton pit on lap 16, they stretched their legs and Bottas opened up a comfortable lead he would not relinquish.

Information and Image was shared from an Article by Chris Medland, published at Motrsports on September 27th, 2020. Image Credit: Francois Flamand / DPPI, 2020.